This time of year, it is a fight to get the jobs done before the sun goes down and the temperatures drop....

It was the end of the day and I fought with the idea of pushing this job off until another day.  However, we were already in their town and we were able to get enough light on the area to do the job.  As far as dealing with the drop in temp, you will see in the following pictures what happens to the soil that has composted in someone's gutters over seasons and then sat through freezing temperatures. 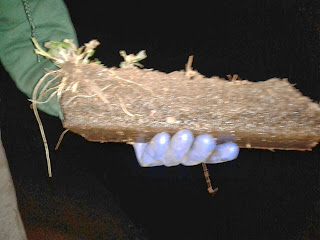 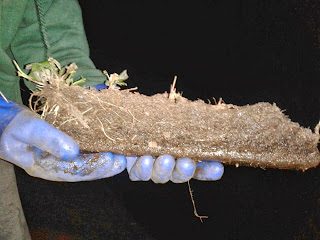 What you see here is a chunk of frozen dirt and leaves.  I had to get under the mass with a crowbar.  Due to the design of gutter system, which is probably the most common type, I could only break it apart in about one foot section between the hangers. 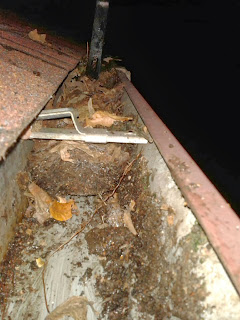 A closeup after shot of the gutter. 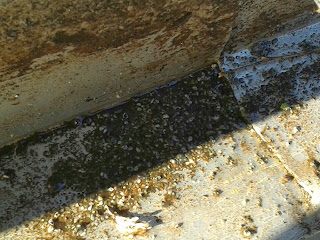 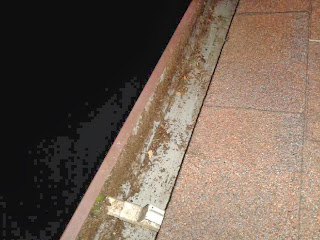 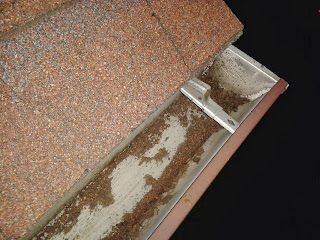 This was probably one of the more difficult jobs in recent history.  If this cleaning had occurred in the Summer, it would have been a warm smelly mess.  In the late Fall/early winter, it became a frozen block.

You can certainly understand why some gutter cleaning companies quit working this time of year.  We will however, do the jobs they pass on.  After reading this though, one can see the advantage to us, the service provider, in having the majority of our customers on a regular maintenance plan.  We will gladly discount the price per visit if we know it has been maintained properly on a regular basis. 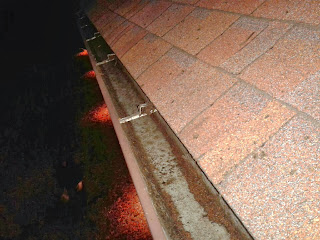